How to help companies to promote software on global market? 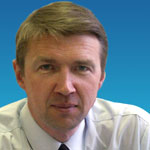 He graduated from Leningrad Aircraft Instrumentation Institute (now State University of Space Instruments, St.-Petersburg) in 1978 and had been working in Defense industry until 1985. In 1993 he attended courses of Manchester Business School and in 2000—courses of Diplomatic Academy of Russia.

Since 1985 and until 2000 Valentin Makarov devoted his life and energy to extending economic and cultural ties of St. Petersburg and Russia within the country and overseas, while working in the Leningrad Polytechnic University, then in the Permanent Delegation of Russian Federation to UNESCO, in the “Association of Free Economic zones of St.-Petersburg” and finally as the deputy chairman of the Committee of External Relations of Administration of St.-Petersburg.

In 1999 he was elected the president of the “St Petersburg Consortium «Fort Ross» IT services”, then after amalgamation with the National Software Development Association in May 2004 he became president of the united “RUSSOFT Association”, which is the unique voice of the software development industry in Russia.

Valentin Makarov got significant experience of lobbying interests of the industry in the State of Russian Federation. He had been also involved in conducting Nation-wide market studies and organizing marketing activities of RUSSOFT in Russia and abroad (Russian IT-Seasons, Road-shows, ROSS Forum, etc.). He was also representing APKIT (Russian IT&Computer Association) in WITSA in 2002–2007. 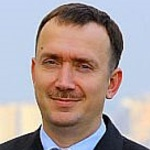 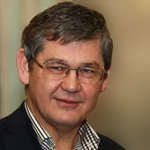 Dr. Puntikov is the President of First Line Software, a global company offering broad range of software development and technology enablement services and solutions. Nikolai is a serial entrepreneur and business executive with a proven track record in building successful global organizations. He is also a committed advocate for the development of the Russian innovative ecosystem. In 2010, Nikolai co-founded the Russian Chapter of the MIT Enterprise Forum, a non-for-profit organization dedicated to promoting the growth and success of high-tech entrepreneurial ventures. Currently, he is the Chairman of CEE-SECR, the largest software engineering conference in Russia and Editor-in-chief of analytical portal Software Russia. Dr. Puntikov holds his M.S. degree from the St. Petersburg State University and a Doctorate degree from the Institute of Informatics of the Russian Academy of Sciences. 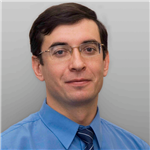 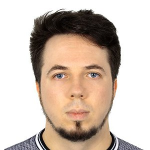 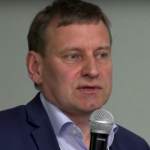 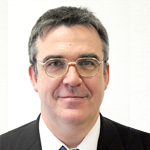